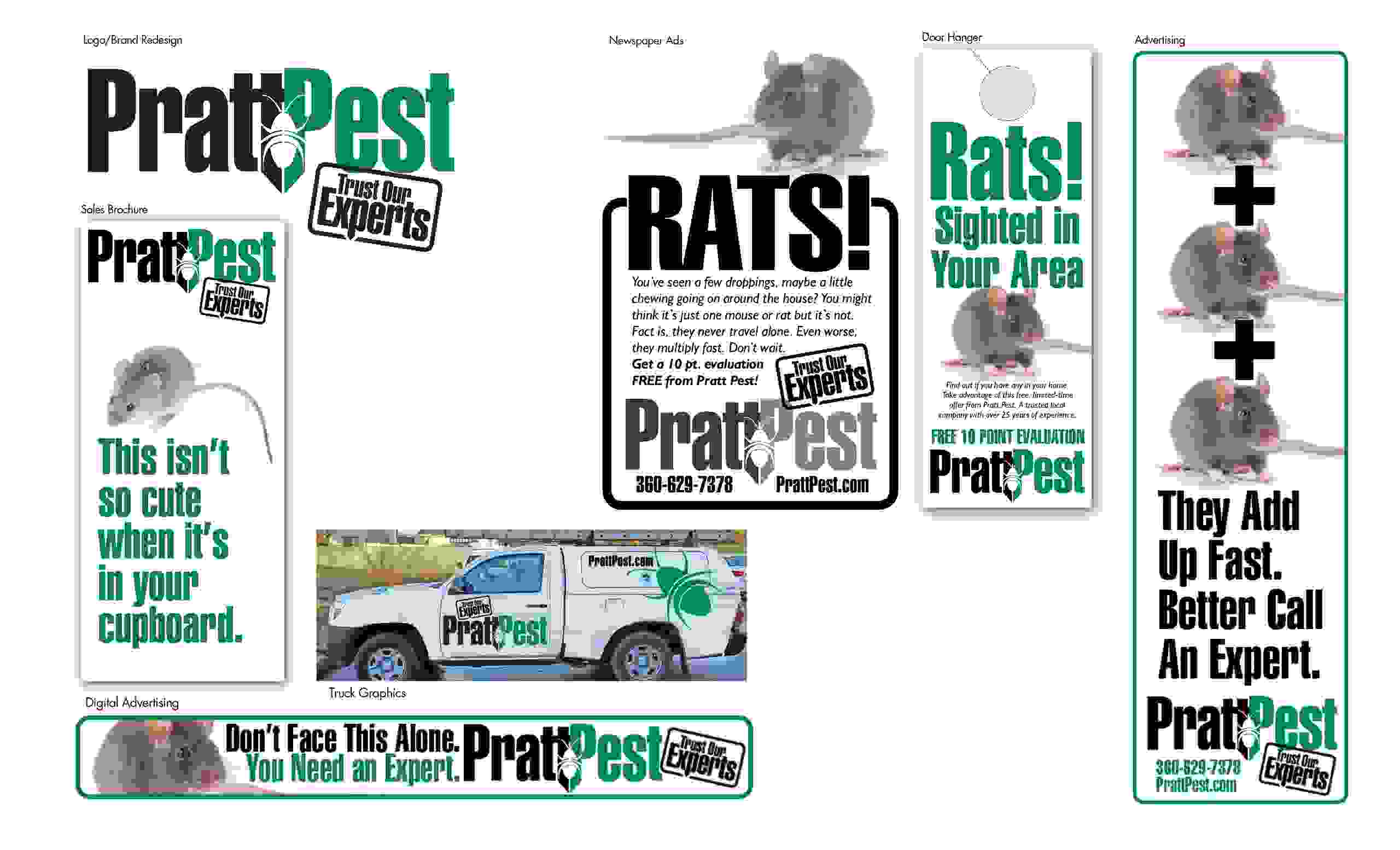 Pratt Pest had been in operation for nearly 30 years, providing pest control services to homes and businesses around Snohomish county. When I first met with them they described a problem of being stuck at 1.35 million in sales. They wanted to get over 2 million in sales. The owner was getting close to retirement and wanted to sell the business once he reached that level.

They were spending around $90,000 in marketing annually, with more than half of it going to google pay per click. My initial analysis indicated several opportunities for them. The first was their competition. Most were a ragtag bunch of individuals who were not people you'd want in your home. That and the fact that Pratt Pest had been in the market for such a long time made the "Trust Our Experts" positioning a bit of a "no brainer". I also determined their logo needed to be cleaned up, as did all the customer-facing materials.

Establishing a brand that accurately supported the positioning was a big first step but the most important thing I did was the switch from google AdWords to local newspaper advertising. I was able to cherry-pick areas around the region I wanted to build market share. First I negotiated a very favorable ad price from the local media and then I created a series of ads that incorporated compelling headlines and in-your-face graphics. The ads gave me exactly what I wanted - increased awareness of services in areas that previously had very few sales.

We were able to increase sales by 25% within 2 years without increasing their marketing budget. This was an amazing feat that enabled the owner to sell the business.

"My goal is to help your business grow by providing honest advice that really works. I won't ask you to do anything I'm not convinced is exactly what you need. I won't try to sell you anything."

This website uses cookies. By continuing to use this site, you accept our use of cookies. Don't worry, the information we gain will stay with us.